More and more, royals have become style icons. Not only for the clothes, shoes, and jewelry they wear, but also for their watches. It turns out each royal is quite loyal to a particular brand. We have picked out some of the famous royals wearing their all-time favorite timepieces.

The top image shows one of the favorites of Prince Michael from Kent. Last year, at the prestigious AMAN Hotel in Tokyo, he officially announced the launch of the Royal Kent Collection; a collection of timepieces for both men and women, which Michael co-designed with Backes & Strauss.

The yellow gold watch itself is 39mm in diameter and features striking blue hour and second hands. It’s a bit old-school, yet handsome and for sure: majestic; a chronograph with an ornamented bezel, Roman numerals, and plenty of gold.

Michel Parmigiani is in fact a restorer and has a few very wealthy clients. The Swiss Sandoz-family encouraged him to design a watch of his own.

Although Felipe likes Richard Mille watches as well he is often spotted wearing an Omega Seamaster Planet Ocean Olympic Edition. It boasts a black lacquered dial and on the back of the case the iconic Olympic circles are engraved. This stainless-steel timepiece houses Omega’s co-axial movement.

How can you tell it’s the Olympic edition? It has Arabic numerals and the Omega logo and wording is in red. 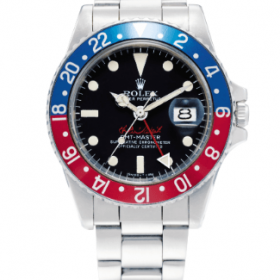 This example of the Rolex Oyster Perpetual GMT-Master with a so-called (red and blue) Pepsi Bezel is a very rare piece. It was custom made for His Highness in 1971.

The black matte dial shows the signature of His Highness. 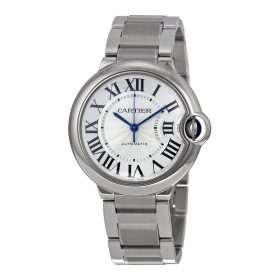 The Windsor and Cartier families have a long history together. In 1849, King Edward VII called Cartier “the king of jewelers and the jeweler to kings.”

These days, the duchess of Cambridge, Kate Middleton owns a 33mm version in stainless steel, complete with a modern metal bracelet.

The Ballon Bleu was introduced in 2007 and is a real evergreen although the unique placement of the blue sapphire cabochon crown is quite futuristic.

Okay, Christopher is not a REAL royal, he is “only” married to Princess Madeleine (Sweden).

His most favorite watch is a vintage Rolex Daytona Paul Newman.

Paul Newman was once the most bankable movie star in the world.  His 1968 Rolex Daytona sold for $15.5 million.

We kindly invite you to take a look at our watches, now also available in South Africa.