Is it safe to wear expensive watches? Well, looking at the statistics, the answer would be: not at all. In 2019 the number of reported cases on stolen watches increased by more than 28%. All the big cities throughout the world experience problems with gangs who are attacking people wearing luxury timepieces. It’s common knowledge that wearing a Rolex in Amsterdam or Johannesburg is quite dangerous.

So, it’s not the regular watch the robbers are after. Sophisticated thieves are aiming at far more expensive models. A popular brand? Richard Mille.

Paris faces a robbery every week 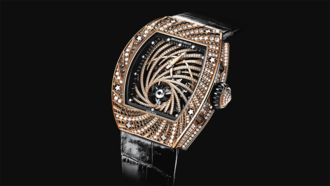 A notorious theft is one that happened in Paris last year.

A Japanese businessman was having a smoke outside when a guy asked him for a cigarette. The next second, the same guy takes off with his watch, a Richard Mille Tourbillon Diamond with an estimated value of $830.000,00.

The Parisian police takes these robberies very serious, especially since they occur almost every week.

Impressed by the theft in Paris? What about this one in Ibiza: last year another Richard Mille was stolen from a tourist. This one, however, was an ultra-rare one, the RM 50-03 Ultralight McLaren F1. Mille produced only 75 of these watches and therefore it will be almost impossible for the robber to sell it to a pawn broker. 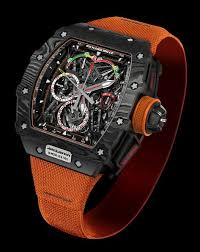 Rudolph the Red nosed Reindeer did it!

Last year December, another Richard Mille was reported stolen from a garden in Northamptonshire (UK). The original owner claimed his basement got flooded and he had to take all his stuff out and put it out in his garden to dry. One of the items was a Richard Mille watch which, unfortunately, the next morning was gone.

He had a perfect explanation for it. A deer took it! That animal had been causing quite some problems in his garden already and he was sure that same deer took the watch and ran off with it. Strangely enough, the insurance bought into it and paid for the damages.

This international database was established a couple of years ago. It holds a registration of more than 70.000 watches of different brands. People can report their stolen or lost watch thus allowing jewelers, auction houses and pawnbrokers the opportunity to check the status of a watch offered to them. The team of The Watch register claim the number of watches registered is rapidly growing.

Armand Nicolet watches are made in Switzerland based on Italian design. Please take a look around in our shop.