In our series Specific Watches with specific stories we present you are first 5. Some really have a juicy story. The watch you see at the top of this post is a rare one: Vianney-Halter-Antiqua-Perpetual-Calendar. A very specific design, don’t you think?

In 1926, Hans Wilsdorf, one of the founders of Rolex, introduced the Rolex Oyster watch with the slogan “The Wonder Watch that Defies the Elements.” Hans surely put his money where his mouth was and made a long-distance swimmer wear it while crossing the English Channel.

The watch passed this test with flying colors and got a lot of publicity since the swim itself attracted quite a bit of attention.

After that, Hans came up with a spectacular plan for his retailers. He made them put the watch in a fish tank full of water to showcase it in their windows.

The Tikker count down watch 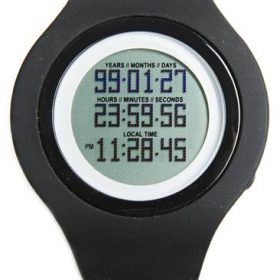 Count down to what actually? Well, a bit morbid …actually to your death!

The designer, Fredrik Colting, wants you to remember you must live your life to the fullest because eventually you WILL die. As if we didn’t know yet.

So how does Tikker work? According to their website: “Through a simple calculation and questionnaire you can determine an estimate of your life expectancy or when “death” may occur. This number is then entered into the Tikker Watch and so begins a countdown of your estimated life expectancy” 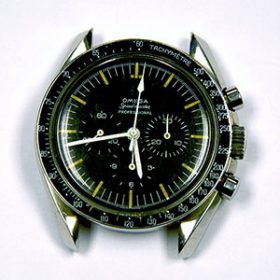 This watch was issued by NASA and given to astronaut Donn Eisele. He wore it on his first Apollo mission back in 1968.

Eventually, the watch ended up in an Ecuadorian museum but then it got stolen in the mid-eighties. Space history fans tried to track it down and finally managed to find it, on eBay. For sure it was the original one since it showed the right identifier and serial number. They sent the watch to the Smithsonian Museum. Another Speedster which was in transit to the same museum got lost in 1970; Buzz Aldrin’s Apollo 11.

In 1997, a fisherman caught something else than he expected, to use an understatement. So what did he find in his netting?

The police were able to track down who he was because of the record Rolex keeps on purchase and service dates. The multiple-day power reserve in the watch itself even helped to figure out the exact murder date. 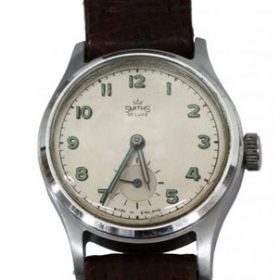 Until today it is still not sure which watch Sir Edmund Hillary wore during his historic expedition to the summit of Mount Everest in May of 1953. Rolex provided him with a Rolex Oyster Perpetual manufactured in 1950. But was he wearing it? Many claim he didn’t. They say he wore a British-made Smiths Deluxe watch to the summit.

His Sherpa Tenzing Norgay did wear a Rolex, most probably a prototype of the Explorer.

Did you know Armand Nicolet watches from Switzerland are now also for available in South Africa? We kindly invite you to check out or shop.