What was the first watch in space? Was it the Russian Strela or Ed Whites Omega Speedmaster?

Obviously, there was no doubt the astronauts should wear a watch. But which one? No one of the Americans nor the Russians had dealt with this issue before. Which watch could stand the heat (or rather: the cold) and manage the extreme circumstances out there in space? Both countries took a completely different approach to come to a decision.

The Americans took a very pragmatic one: they just allowed the astronauts to pick one themselves. Whether they liked a new one or rather stay with their own one, for sentimental reasons maybe, it was all good. They picked Breitling, Bulova and Ed White didn’t even want a new watch. He preferred to stick with his own personal Omega Speedmaster. 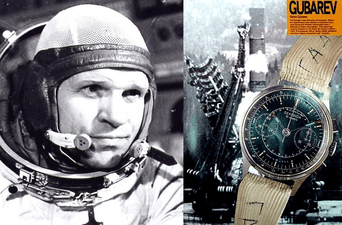 Obviously, the Russians took another route. The more planned and socialist one so to speak. They started to produce the watches from scratch. Well, not completely. In those days they would kind of clone every interesting product people were using on the other side of the iron curtain. They stuck to that routine and checked out the Breitling Navitimer.

This model, also known as the Strela, was worn by astronaut Alexi Leonov on his first “spacewalk” just a few months before Ed White showed up there wearing his Speedmaster.

The Russian cosmonauts wore the Strela for quite some years, although at some point, they could also be spotted wearing Omega. 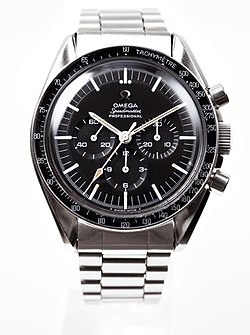 At some point NASA decided it would be better if all astronauts would wear the same model after all. They went ahead and just bought a whole bunch of different models and brands which they started to test under extreme circumstances. The Omega managed to pass all the tests with flying colors.

The Speedmaster is more robust, no doubt about it. However, the Strela looked far more unique. If you’re looking for a cool vintage watch and can’t afford the Speedmaster, the Strela just might be the perfect alternative. Price range between USD 300 and USD 500.