Why you should get yourself a GMT watch? Maybe you are wondering what a GMT-watch is anyway. GMT is one of the most popular complications (features) you can find on a watch. Because of the special movement within the watch (at least) 2 different time zones are displayed simultaneously. But why would you need that functionality? Well, maybe you don’t (really) but it does give an extra flavour to the watch as such, that’s for sure.

Lots of people live and communicate in one time zone only. They just never have to wonder, while living in Amsterdam for instance, what time it is in New York or New Delhi. But the minute you need to stay in touch with people across the globe, or when you’re more or less a frequent traveler a GMT watch might just be the right choice for you. Because it gets quite boring having to figure out yourself “what time it is over there” every time you consider to make a phone call or send a text.

A GMT watch is not the same as a dual time zone watch. So, what distinguishes them from each other?

These watches are pretty straightforward. They display two different time zones in one glance. Most commonly you will see a sub dial somewhere on the main dial itself indicating the second time (sometimes hours and minutes, sometimes just hours) on a 12-hour scale.

The GMT is more sophisticated than that. GMT stands for Greenwich Mean Time, the time zone on which the other time zones are based upon (number of hours ahead or behind GMT).

The first GMT-watch ever was a Rolex, produced in the early fifties, typically used by pilots. Soon after that, other manufacturers came out with their own models.

Most of them showed the so called Pepsi-bezel (in red and blue to show the difference between P.M. and A.M.)

So in what way does a GMT watch look different from a regular one?

Most standard watches show a 12-hour time interval on their dials, meaning the hour hand will travel around the dial twice in each 24-hour period.
The GMT watch shows an additional hour hand (GMT-hand), in a different shape and color. It travels around only once in every 24 hours and refers to a 24-hour bezel or ring. Such a bezel (or ring) is often placed around the edge of the dial but there are also other designs. Like, for instance, this beautiful GMT-watch of Armand Nicolet: 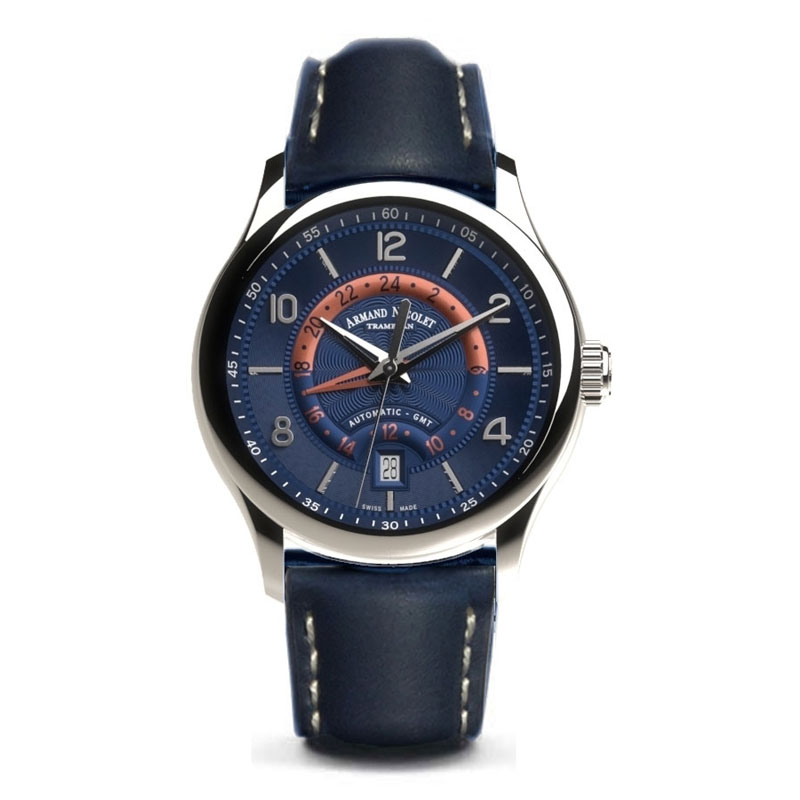 How do you read a How HowHow to

How to set a GMT-watch? 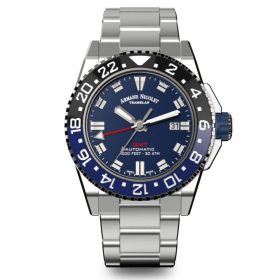 Rotate the 24-hour bezel or ring according to the alternative time zone.

For instance, when that would be 6 hours later, the “6” must be in the position of the white triangle (look at the image on the left). The red GMT-hand will then show the correct hour.

There are watches out there showing over 30 time zones. Now that is what we call a complication.

And then there is also the UTC watch

In 1972, GMT was superseded by UTC (Universal Time Coordinated); this time is based on a series of atomic clocks and therefore more stable than GMT. Some watch manufacturers will therefore use UTC rather than GMT (however, the features are the same).